I killed my entire Family because I want spiritual powers to start a Church and start performing miracles: Ghanian Man Confesses

Apr 2, 2020 I killed my entire Family because I want spiritual powers to start a Church and start performing miracles: Ghanian Man Confesses 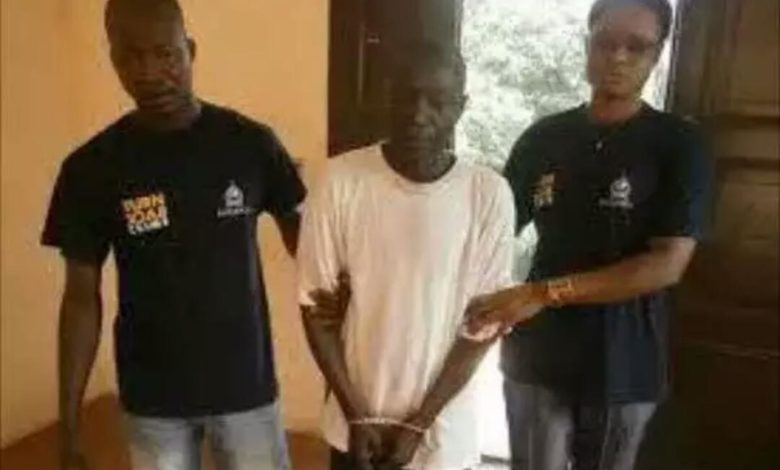 The 49 year old man was caught while  trying to kill his last child for spiritual powers to start a church of his own.

He  Confessed he has already killed his wife and daughter and it was remaining his son, he told the securities that he wanted powers to start a church and be performing miracles.

According to the man he said he went for powers and he was given an instruction to kill his entire family if he wants to blow and Start doing miracles,with a lot of members.

After some investigations was carried out by the securities it was discovered that the man in question was a small church pastor, and he usually keep the church in his small palour with few members  in attendance.