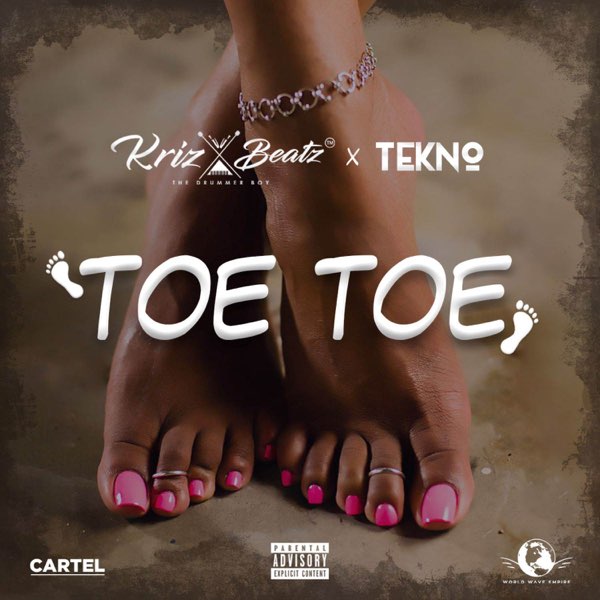 “Toe Toe” performed by Tekno and producer Krizbeatz… It’s another Tekky time as Cartel and World Wavy teams up for a brand new banger. The record is a melodious dance track with different African sound and our widely loved Afrobeat.

Chris Alvin Sunday professionally known as Krizbeatz is a Nigerian producer best known for producing Tekno his first single “Pana” which is still one of the biggest song out of the continent Africa.

Moving on from the new album he teamed up with one of his favourite singer Alhaji Tekno to create another Hit!

On ‘Toe Toe‘ singer Tekno says he doesn’t want stress, He just wants to flex, have some good quality time with his lady, enjoy her natural juice and sauce. SlimDaddy is ready to go there, show her the koko and have some fun.

I don’t want no stress, i just want to flex
Can we have sex oo, i don’t have no time to waste
I just want you koko, koko, kokoko