Why I Stopped Mimicking Davido – Nas Boi Finally Speaks Out 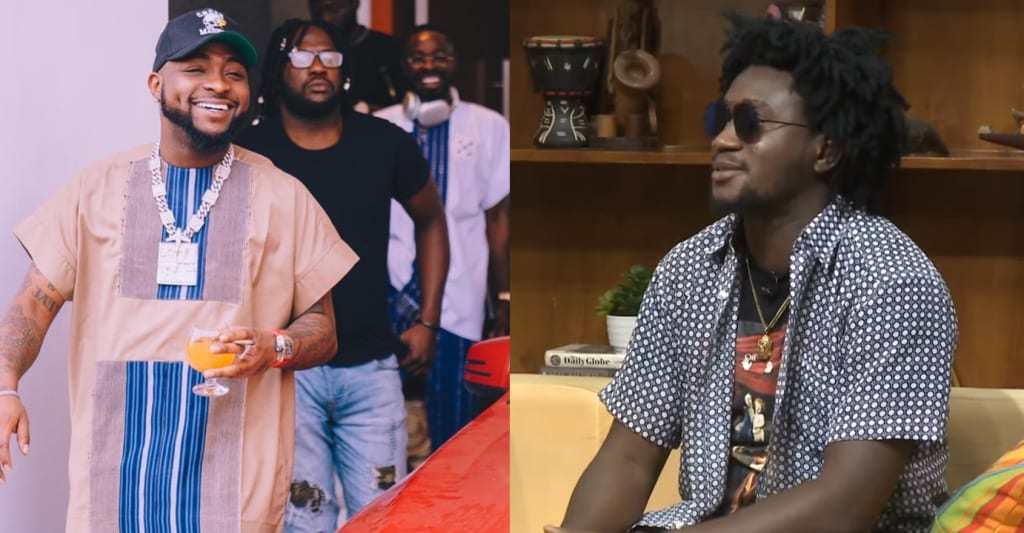 There are a lot of content creators out right now. Amazing people from actors to influencers to comedians. One specific type of comedy that a lot of people always love is impersonations – that is when a person acts like another.

A number of people have been able to find a lot of success impersonating other people. As recently as last year, a Nigerian comedian on Instagram gained notoriety because of how similar his Davido voice impersonation was to the actual singer’s speaking voice. His name is Nas Boi and he started to upload videos to his page playing a character called ‘Lowbudget OBO’. The similarity in voice between this character and Davido got him a lot of new fans and even collaboration with OBO himself, Davido.

Today however, Nas Boi doesn’t do the impersonation that shot him catastrophically into the limelight. Instead, he makes dramatic skits with storylines, posts inspirational messages and videos, and collaborates with other content creators like Josh 2 Funny to make diverse content.

A lot of people wondered why something that was working and successful would be stopped by the person doing it. So in a new interview with TVC’s Wake Up Nigeria, Nas Boi sat down with the hosts to finally explain why he stopped doing the Lowbudget OBO character and stopped mimicking Davido. This is what he said.

**Before reading on, please make sure to Click on the Bell 🔔 Button so you don’t miss out on any new and interesting lists, articles, and stories that I post every single day. I have a really fun page. If you like my page, you will have fun too. So what’s stopping you? Like my page and let’s have fun together!

Speaking to Nas Boi, the interview on TVC questioned him saying:

“You came into notoriety because of your impressions of Davido. You look nothing like Davido but people still cannot tear away your semblance from Davido because of the way you sound. When you met him, did he confirm that ‘Yes, this guy sounds like me true true?”

Actually it was the confirmation that helped me. We met a series of times, we made videos together. There was a time that he was even mimicking me. He was trying to sound like me. So that was the point where everyone was like ‘oh yeah.’

“Do you like that? That people see you and see Davido?”

To which Nas Boi responded:

No, I’ve played out of the character. Maybe last year and early this year, I walk on the street and everybody is like OBO OBO, everywhere and I’m like ‘Ah ah’. So I decided to show some other characters because I am very certain that they will get tired of the character. It’s normal. I’ve seen it. That’s Nigeria for you. They get excited for new things then all of a sudden they’re gone. So I decided to show my other characters and my other characters earned me movie roles. I’m sure if I was doing the Lowbudget OBO character constantly, I would have been gone by now. I’m a comedian, I’m not a fool.

Nas Boi now does other skits and plays other characters that are not Davido inspired. His views are still growing and he is still making a name for himself.

I hope you’ve had fun. Don’t forget to Click the Red Bell Button ) if you don’t want to miss Stories  like this, the fun never ends!